The Annotated Constitution of the Australian Commonwealth, Revised Edition (eBook)

The Annotated Constitution of the Australian Commonwealth, Revised Edition is a modernisation of a classic text and a must have for anyone serious about fighting hard to save our freedoms. 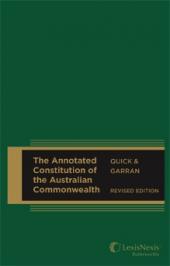 This book offers interpretation of what the constitution actually means in law and how different sections, once combined with each other, offer greater clarity to each section and a deeper meaning.

This review was first published in the Law Institute Journal Vol 89.08 September 2015

John Quick LL.D. (14 April 1852 – 17 June 1932) of the Victorian Bar, one of the representatives of Victoria in the National Australasian Convention 1897 – 8 When Federation was inaugurated on 1 January 1901, Quick was knighted in recognition of his services to the federation movement. On the same day, Quick and Robert Garran published The Annotated Constitution of the Australian Commonwealth.

Robert Randolph Garran M.A (10 February 1867 – 11 January 1957) of the New South Wales Bar, author of “The Coming Commonwealth” Garran was an Australian lawyer and public servant, an early leading expert in Australian constitutional law, the first employee of the Government of Australia and the first Solicitor–General of Australia. Garran spent thirty-one years as permanent head of the Attorney–General's Department, providing advice to ten different Prime Ministers (from Barton to Lyons). He played a significant behind–the–scenes role in the Australian federation movement, as adviser to Edmund Barton and chair of the Drafting Committee at the 1897–1898 Constitutional Convention. The Annotated Constitution of the Australian Commonwealth, Revised Edition
Starting from AUD$ 299.00 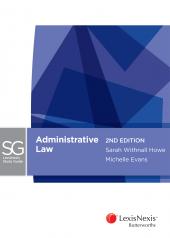