This book examines in detail the formation and operation of a Limited Liability Partnership (LLP) as a form of business organisation in India. 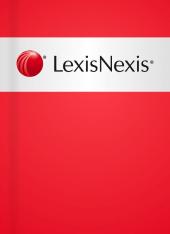 This book examines in detail the formation and operation of a Limited Liability Partnership (LLP) as a form of business organization in India. In India the concept of limiting the liability of partnerships was introduced through the LLP Act, 2008. Under the Act a partnership has become an entity which is a combination of a company under the Companies Act, and a partnership under the Partnership Act. The reasons for forming LLPs were articulated, and the new type of partnership visualised, by the Naresh Chandra Committee and presented in its Report, the text of which is given as an Annexure in the book. This commentary on the LLP Act provides an integrated analysis on the current state of the law by including a comparative analysis of the relevant provisions of the Companies Act, 1956. Under each section apart from a general discussion of the provisions, the author also points out the significant issues relating to the law of partnership and contemporary LLPs under the law of the United Kingdom and Singapore. Of utmost importance, the tax implications of the introduction of the LLP Act are also deliberated upon at relevant places, in particular with reference to the conversion of firms, private companies, and unlisted public companies into LLPs.